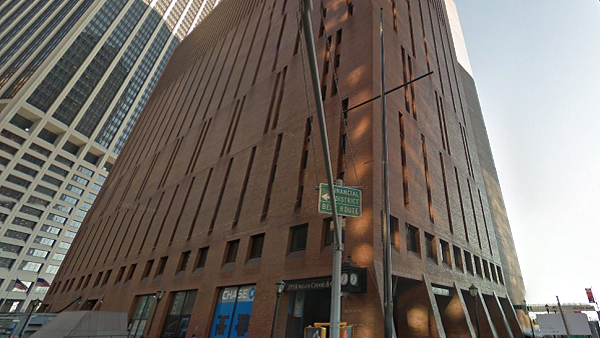 The U.S. District Court for the Southern District of New York has ruled, in a Hurricane Sandy case, that a flood coverage deductible was $19.2 million, as insurers contended, and not $100,000, as the insured argued.

On May 22, 2012, 4 NYP Ventures LLC acquired 4 New York Plaza, the court explained. In anticipation of that transaction closing, it earlier hired CBRE Group Inc., to manage the property and Edge Financial Advisors to obtain property insurance.

On April 26, 2012, approximately four weeks before 4 NYP’s acquisition, Edge sent an email to CBRE requesting that the property be added to the FM Master Policy. CBRE referred the request to Aon Risk Services Northeast; thereafter, Aon communicated directly with Edge.

On May 14, 2012, Aon sent a quote to Edge stating that FM was willing to provide $20 million in flood coverage, rather than the $100 million it usually provided to CBRE buildings under the FM Master Policy. The quote also provided: “Please note the deductibles for Flood Insurance. If property is located within the high hazard Flood zone the deductible is 5% of the property’s replacement cost value subject to a $100,000 minimum deductible.”

The next day, Aon sent a revised quote that set the property value at $384.2 million, consisting of $355.2 million in replacement value and $29 million in 12-month income.

Edge (on 4 NYP’s behalf) accepted the quoted terms and, on May 17, 2012, Aon sent Edge a certificate of insurance, confirming that the property was added to the FM Master Policy, effective May 22, 2012. 4 NYP did not receive (and did not request) a copy of the FM Master Policy until after Hurricane Sandy.

This excess policy will require the primary to have at a minimum the following: 5.00% Per Occurrence (Property Damage & Time Element).

The Lloyds authorization provided that the FM Master Policy deductible was:

And the authorization for one of the First-Layer Excess Insurer provided for:

On Aug. 17, 2012, FM issued General Change Endorsements No. 4 (GCE 4), which added 4 New York Plaza to the Schedule of Locations, effective May 22, 2012. It also added 4 New York Plaza to Appendix F and provided that the flood coverage limit for the property was $20 million (both effective May 22, 2012). The same day, FM sent a copy of GCE 4 to Aon. FM did not send or provide notice of GCE 4 to CBRE, 4 NYP, Aspen or Landmark prior to Hurricane Sandy.

4 NYP sought the remaining $20.5 million from the Second-Layer Excess Insurers.

After litigation ensued, the parties cross-moved for summary judgment. The dispute centered on the applicable deductible for flood coverage under the FM Master Policy and, as a result, the threshold level of losses at which Aspen and Landmark were liable under their excess policies.

The insurers contended that, because FM added the property to a list of “High Hazard Flood Locations,” a deductible of 5% of the property’s value (here, $19.2 million) applied. 4 NYP disagreed, contending that the deductible was at most $100,000.

USD100,000 for Property Damage and Time Element combined, per Occurrence except as respects Locations as described in Appendix F, the following will apply:

In its decision, the court explained that the policy’s flood deductible provision provided that for locations included on Appendix F, the deductible was 5% of the combined “value ... of the property” and “Time Element values that would have been earned in the 12 month period following the Occurrence.”

It found that FM had properly issued GCE 4, which added the property to the Schedule of Locations and to Appendix F, both retroactive to the date 4 NYP agreed to coverage.

Because the property was added to Appendix F, the 5% flood deductible provision applied, the court decided. And because the quote that 4 NYP agreed to provided for a combined property value plus time element of $384.2 million, the deductible was $19.2 million.

The court rejected 4 NYP’s contentions that, among other things: