From Trash to Treasure: Salvor Can Help to Manage Losses 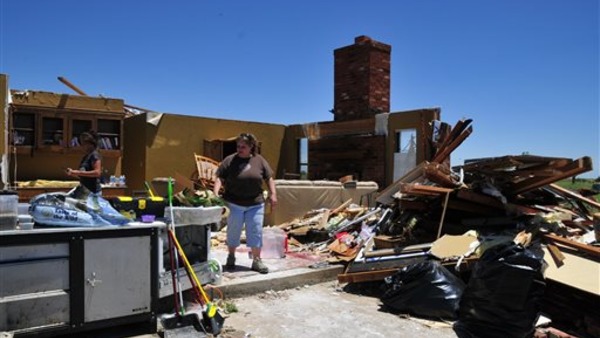 When crises occur, one person the claims adjuster, insurer and insured should consider calling is a salvor — he or she can be a valuable partner in helping to clean up the trash, and broker the sale of any salvageable items, according to Hilton Harvison Jr., catastrophe team manager at Callan Salvage & Appraisal Co. Inc. in Memphis, Tenn.

“A salvor is often unknown or unseen, but he can help minimize the loss and maximize the returns on behalf of the client, whether the client is the insurer, an independent adjuster, the insured, the risk manager or risk management department, or some combination of those parties,” he said.

The salvor also can help to determine the inventory and value of items, furnishing the claims representative with a comprehensive report detailing the loss before getting a return on the damaged merchandise.

When working with a salvor, think of the person as an important member of the team, Harvison said. The team includes the salvor, accountant, attorney, restoration companies, and any other specialized contractors. The salvor should have an agreement signed by the salvor, adjuster and insured so everyone understands their roles in the process, and the salvor has a document that legally permits him to dispose of the merchandise.

The salvor typically is brought in early on in the process, often before the adjuster arrives. And it’s important to communicate well with the salvor, so that he or she understands all of the facts surrounding the loss.

The salvor will want to know the location of the loss, extent of damage, contact names and numbers, contractors involved, the type of loss, product restrictions and limits, and any tasks or responsibilities that need to be addressed. He or she also will want to know what kind of insurance policy the customer has, as well as answers to several questions, such as:

In all likelihood, the salvor and insurance adjuster will be assisting each other in answering these questions and managing the crisis, Harvison said.

“Often, a salvor brings experience from previous disaster situations, which can be advantageous,” he said. The salvor frequently is the first person to note loss control needs or loss discrepancies. For example, a salvor would know if valuable artwork or antiques need to be moved off-premises to avoid further damage, Harvison said. Or, a salvor might notice 250 wine bottles in a the garage that’s a homeowner’s “wine cellar” and know to address them before the wine goes bad, he added.

A salvor also could provide input on whether extra security is needed, whether the air conditioning or heating needs to be turned on to prevent further damage, whether debris removal is needed, and what to do to make the loss area safer. The goal of the salvor, after all, is to protect the merchandise to generate a larger salvage recovery.

Whether the decision is made to restore power temporarily, control the temperature, move merchandise offsite, or simply cleanup to remove excess water and debris, “You don’t want to jump in and spend a lot of money that doesn’t enhance anything; you don’t want to hire a restoration company to air things out if the stock is being moved out the door,” Harvison said. “You have to make sure whatever you do enhances the salvage return.”

As a bonus, the salvor also may have expertise in assisting with a disposal plan. A salvor may propose alternative uses for products that would normally be condemned or dumped, Harvison said. For instance, when a janitorial supply company’s warehouse caught fire, two trailer loads of urinal sanitizers were broken and unusable. Because of the chemicals in the products, the insured wanted to follow U.S. Environmental Protection Agency regulations that classify the product as hazardous waste, and would have led to more $100,000 in disposal costs. But after researching potential outlets, Callan Salvage & Appraisal found a grain company that could safely use the broken sanitizers around their grain elevators to control rodents, bringing in income to the loss situation.

Before a loss can be fully adjusted, almost all policies require some sort of inventory, Harvison said. An insured needs an account of what was lost, but the salvor also wants an inventory of what will be sold for salvage. It’s important for the salvor and adjuster to do a walk-through of the loss site before a restoration company does any work, to ensure the inventory is properly accounted for and segregated, he said. And all parties must agree on what type of inventory is warranted — whether it’s a physical inventory, book inventory or perpetual inventory.

For instance, a retail clothing store may have a sales rack, which should not be mixed with other merchandise because the inventory would be valued at the sales price. If merchandise is mixed, then the insurer would overpay the claim for the sales items, Harvison explained. If inventory is washed away by a flood, it might be unrecognizable, in which case a book inventory, with the help of a certified public accountant, could be constructed.

The value of goods will be affected by, among other things, the:

Once the inventory has been verified, the salvor will value and prep the items for sale to maximize the recovery. Very often, the salvor knows the best way to dispose of the merchandise to get the highest return. So it’s better to have the salvor broker the sale, rather then let the insured retain the salvaged merchandise. Insureds, because they have a vested in the merchandise, often value the goods higher than they are actually worth, Harvison added.

On the other hand, when a professional salvor handles sales of the merchandise, he or she often has access to more markets, which can help to maximize the recovery.

At the end of the process, the salvor will provide the risk manager or claims representative a final report documenting the salvage operation, including details on the inspection and damage, which steps were taken during inventory and what was required to prep the materials for sale; and the value of the inventory, noting any total loss or actual sales values.

Even when a loss situation does not require merchandise to be salvaged, a salvor can serve as a valuable loss consultant, based on his or her experience in previous crises. For instance, a southern chicken hatchery had thousands of its chickens die from a disease known as “black vomit,” Harvison said. While the insured was not covered for the event, the salvor nevertheless sampled the chickens and feed that was being used by the insured, and found improper contaminants in the feed were responsible for the chickens’ deaths. Although the salvor did not provide an inventory or even attempt to salvage anything in this instance, based on those laboratory results, the insured had data it could use to subrogate against its feed supplier, he said.

Ultimately, when a loss occurs, it would behoove insurers to at least consider whether they could use the services of a salvor. “He’s often the only person who can help the parties involved get money back after a loss,” Harvison said.